Home » Books » The King James Bible and the Restoration

The King James Bible and the Restoration 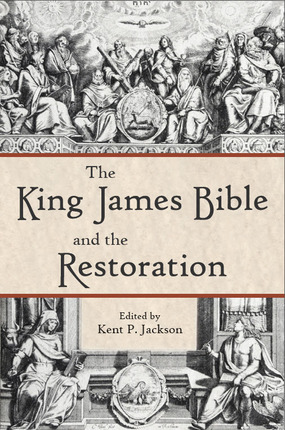 On a recent trip to Utah, I went to Deseret Book, since there are none where I live.  Deseret Book is an LDS bookstore that publishes books primarily for an LDS audience (well, yeah) in a variety of genres.  I went in looking for some church history.

Once I laid my eyes on this book, I knew what I wanted.

2011 marked the 400th anniversary of the first printing of the King James Bible.  In commemoration, the Religious Studies Center at BYU held a symposium with lectures on a variety of topics concerning the KJV, particularly in how it relates to Latter Day Saints.  Several of the contributors also wrote in essay form for publication in this book.

The essays, according to my own grouping, cover roughly three main topics:

I will go over each of these main topics:

This book is marvelous.  It has so much information and so many wonderful insights, and I highly recommend it to anyone interested in the King James Bible.  It might be a bit dense for someone without much background in the topic, but still a worthwhile read.

By fionasongbird in Books, History, Religion on July 8, 2016.
← Fitness Blender: A Review Pictures of Food →

What do you think about it? Cancel reply